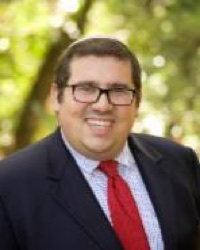 Rabbi Kenter was born and raised in Westchester, New York. As an undergraduate in the Joint Program with Jewish Theological Seminary and Columbia University, Rabbi Kenter majored in American Studies and Midrash. In 2006, he graduated from the Davidson School of Jewish Education with honours in the Informal/Communal Education program. Following his ordination in 2009, Rabbi Kenter joined Congregation B’nai Torah in Atlanta, Georgia as the Associate Rabbi, eventually assuming the title of Rabbi and Chief Learning Officer.

In his spare time, Rabbi Kenter enjoys cooking and playing basketball. He is a pop culture buff and prides himself on the ability to have a conversation with almost anybody on almost any topic. He is married to Staci Zemlak-Kenter and is the proud father of Boaz Maor and Reuvi Aderet.

A native of Montreal, Canada, Cantor Green (lyric tenor) began singing at age 6 as a child soprano in his Synagogue’s choir.  He became its conductor at age 15, under the tutelage of Stephen Glass. He continued his vocal development and knowledge of repertoire by joining the Shaar Hashomayim Synagogue Choir in 1992, soon afterwards becoming its associate conductor.

Cantor Green holds a diploma in Nusach Hat’filah (Prayer modes) and Chazanut (Cantorial Art) from the London School of Jewish Studies, having studied primarily with Cantor Stephen Robins. He studied voice production with Cantor Jerome Kopmar and Robert Davis.  He was certified in January of 2007 as a member of the Cantors Assembly, the world’s largest professional organization of Cantors. In 2011, Cantor Green received his Cantorial Commission from the Cantors Assembly.

Since 2004, Cantor Green has held cantorial positions in the United States, and most recently, in London, England, where he was known for his professional-quality volunteer adult and youth choirs, a caring and inspiring approach to B’nei Mitzvah training, his warm and engaging personality, and his sense of humour. Cantor Green has proudly served KBI since May 2018. He is married to Jodi and they have three wonderful sons.